Submitting to Governing Authorities: What Does the Bible Say? 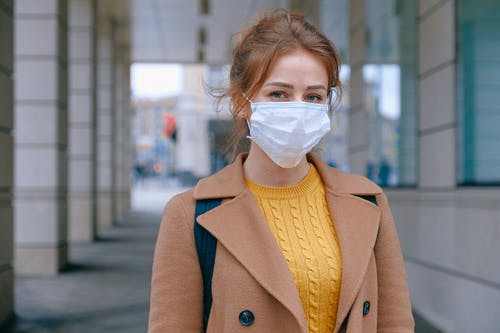 Recently, a debate has ensued in the Body of Christ regarding the wearing of masks. Some are quoting Paul’s words in Romans 13:1 to promote obeying governing authorities regarding wearing a mask. Personally, I can’t tell you what to do. That’s between you and Holy Spirit.

My objective today is to present a comprehensive view of this commonly quoted passage from Paul’s life and words in the New Testament.

“Let every person be subject to the governing authorities. For there is no authority except from God, and those that exist have been instituted by God. Therefore, whoever resists the authorities resists what God has appointed, and those who resist will incur judgment.” (Rom. 13:1, ESV)

Paul penned this verse after he had been arrested by the Roman authorities for breaking the law and preaching the gospel. This was not a strange occurrence for Paul because he repeatedly suffered the consequence of breaking the law in order to preach the gospel.

So, what was Paul really saying? Was he being a hypocrite by doing one thing yet saying quite another? Or is there more to the story?

When I arrived in this nation, a spy was assigned to me. Later, my passport was taken from me while my computer was confiscated and “read” by the governing authorities. I was also interrogated. During my time there, I could not pray out loud or even write in a journal due to the high level of surveillance I experienced.

I knew very well that my evangelistic actions could either cause me to be kicked out of the country or be put in prison. I went anyway. Why and what was my Biblical support for my actions?

Paul did not tell us to obey our governing authorities. He did tell us however, “We must OBEY God, not man” (Acts 5:29, ESV).

That is the key distinction that must be recognized or we will fail to be the light on the hill that we are called to be!

In Acts 3, Peter and John were arrested for preaching the gospel. When they were released, they disobeyed the governing authorities and preached again. The second time they were put in prison and were miraculously released by an angel of the Lord.

Later they arrived at the house where the Believers were meeting, they prayed, “Now Lord consider their threats, and enable your servants to speak Your Word with GREAT BOLDNESS. Stretch out Your hand to heal and perform signs and wonders through the name of Your holy Servant Jesus (Acts 4:92-31).

Note that Peter and John didn’t repent from disobeying the governing authorities. They prayed for more boldness to do it again!

The distinction to be made is this: Paul, Peter, John, and other disciples repeatedly obeyed God and disobeyed the governing authorities. When they were caught however, they submitted to the consequence for his actions and at no time resisted. In other words, they “submitted” or “subjected themselves” to the governing authorities. This is the goal:

FOLLOW YOUR HEAVENLY CALL and ACCEPT THE EARTHLY CONSEQUENCE.

Paul even carries that sentiment further by telling us to, “Bless those who curse you, bless and do not curse” (Rom. 12:14). Jesus exhorts us in this way also, “Love your enemies, bless those who mistreat you and persecute you (Mt. 5:44).

Paul, Peter, the apostles and many others repeatedly disobeyed the governing authorities when they preached the gospel. When they were arrested however, they submitted to the earthly consequence.

There are many perspectives regarding the issue of whether or not to wear a mask as well as many views on what the mask actually represents. Each of us will need to follow Holy Spirit’s leading in this matter.

For now, we must remember that Jesus didn’t condemn the world, so neither must we. And since no one in Christ Jesus is condemned, we shouldn’t participate in those attitudes, words or behaviors towards our fellow Believers either. If you’ve condemned anybody in your heart, simply repent and choose to walk in love while maintaining your personal convictions.

Remember, we must at all times walk in both TRUTH AND LOVE.